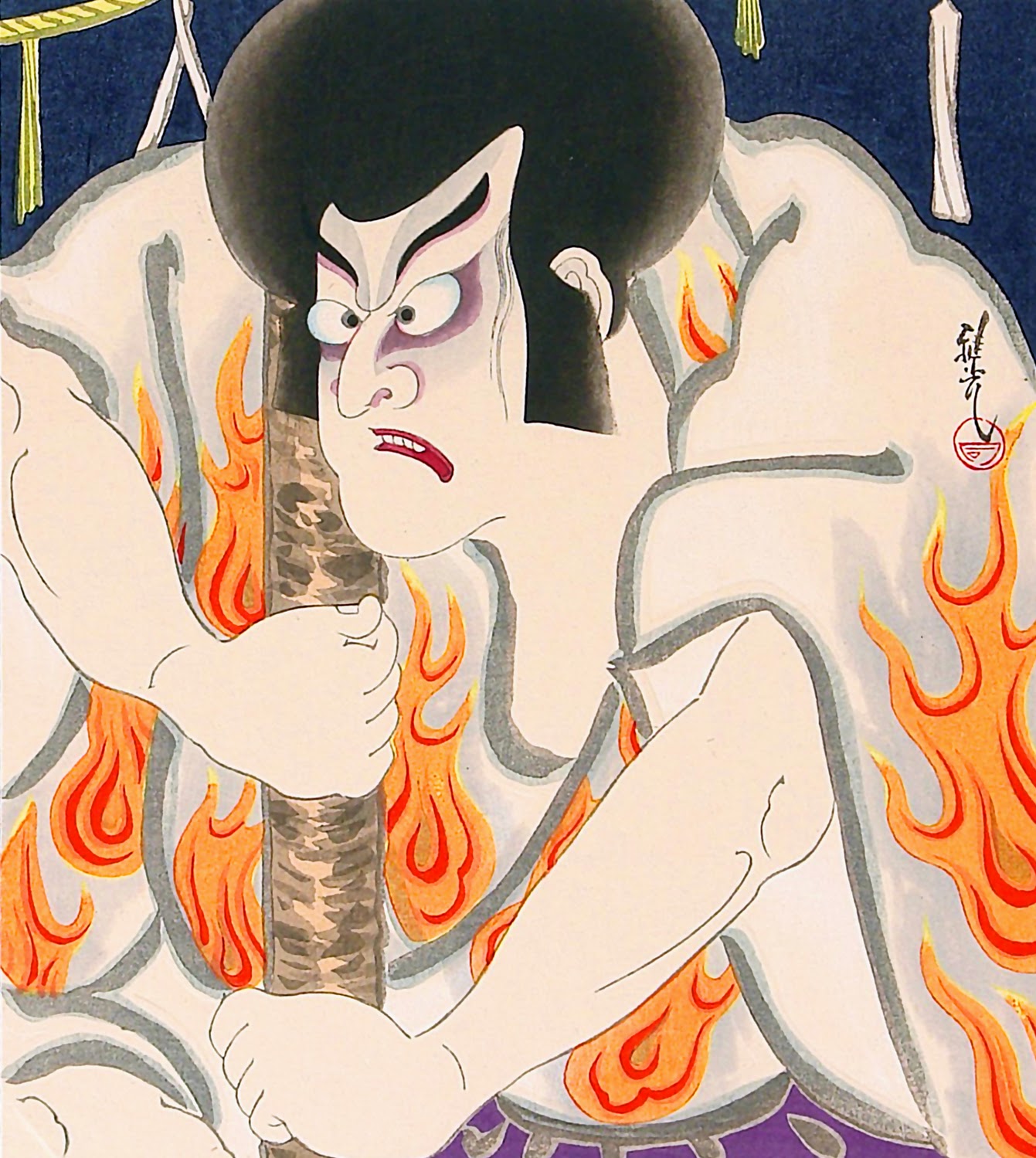 Kabuki actor Ichikawa Danjuro X or XI is in the role of Fudo. This print is from the series, '' Kabuki Juhachi-Ban '' (The Eighteen Famous Kabuki Plays by the Ichikawa Family).

Ota Masamitsu, 1892-1975, is one of the lesser known artists of the Japanese shin hanga art movement who designed woodblock prints of kabuki actors and costumes. Be that as it may, it does not mean that his prints are in any way inferior to those of Natori Shunsen or others. He is also known by the name of Ota Gako, and was active in the kabuki theater, and produced illustrations for books on kabuki.

Ota actually began as a print artist after World War II, and is well-known for two series of twelve prints each, that were published by Banchoro studio. The first series was published around 1950 and was titled "Showa Butai Sugata" (Figures of Showa Stage). The second series was published around 1955 and was titled "Gendai Butai Geika" (Figures of Modern Stage). The carver was Ito Susumu and the printer Ito Shuntaro. Both series are brilliant in their detailed depictions, the fine gradations to achieve a three-dimensional impression, the realistic rendering of texture like the actors' clothes, and the individual characterizations of the artists. Technically superb, these Japanese woodblock prints are recommended for collectors of Japanese prints and for fans of the Japanese kabuki theater, although rather rare in the market. They are not quite cheap; but depending on where they are purchased and from whom, still very affordable.
Posted by Hayato Tokugawa at 5:44 AM