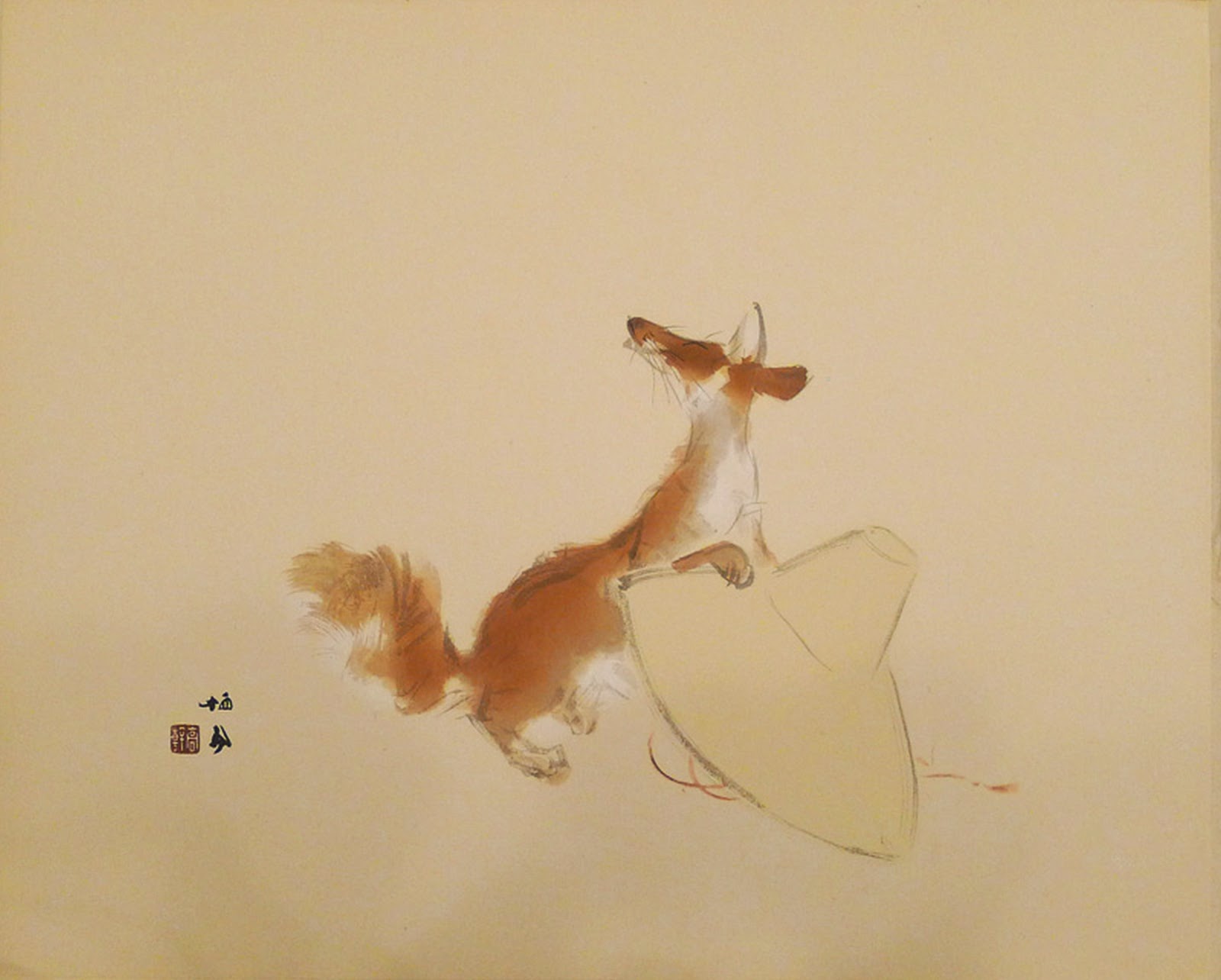 “Remnant of a Dream” by Takeuchi Seihō
Issued September 20, 1940

Takeuchi Seihō (竹内 栖鳳, December 20, 1864 - August 23, 1942), whose real name was Takeuchi Tunekichi,was a Japanese painter of the nihongo genre, active from the Meiji through the early Shōwa period. One of the founders of nihongo, his works spanned half a century and he was regarded as master of the prewar Kyoto circle of painters.
Seihō was born in Kyōto, where as a child, he loved to draw and expressed his desire to become an artist, eventually becoming a disciple of Kono Bairei of the Maruyam-Shijo school of traditional painting. In 1882, two of his works received awards at the Naikoku Kaiga Kyoshinkai (Domestic Painting Competition), one of the first modern painting competitions in Japan, which launched him on his career.
He toured Europe while attending the Exposition Universelle in Paris in 1900 which gave him the opportunity to study Western art trends. When he returned to Japan, greatly influenced by what he had seen, he established a unique style which combined the realist techniques of Maruyama-Shijo style with Western forms of realism, which in turn became one of the principal styles of modern nihongo. While noted for his landscapes, he was most noted for his favorite subjects — animals — which were often painted in amusing poses.
In 1909 he became a professor at the Kyoto Municipal College of Painting and established his own private school, the Chikujokai. In 1913, Seihō was appointed a court painter to the Imperial Household Agency and in 1919 he was nominated to the Fine Arts Academy (Teikoku Bijutsuin). He was also one of the first persons to be awarded the Order of Culture when it was created in 1937.
For myself, his whimsical fox was the inspiration for my own fox characters in the cartoon series "My Neighbors the Nekojins" and "The Adventures of Tajimi Jones."

(Nihonga (日本画) or literally “Japanese-style paintings” are paintings that have been made in accordance with traditional Japanese artistic conventions, techniques and materials. While based on traditions over a thousand years old, the term was coined in the Meiji to distinguish such works from Western-style paintings.)
Posted by Hayato Tokugawa at 4:13 AM